Jan Fortune and Carole Strachan treated us to a very different evening, as they ‘interviewed’ each other about their latest works of fiction, how they differ from, or fit in with, their previous ones, what inspired and inspires them, their editing process, their love for and empathy with the characters they invent and their ways of tackling that most difficult aspect of fiction-writing: endings.

Carole’s works gain strength and credibility from her familiarity with the world she portrays, that of opera – and with the geographical areas in which the plots unfold. And yet she adds dynamic devices like varying points of view, quite a bit of mystery and suspense and different time frames.

Jan’s latest work is the third of her trilogy, and she assured us that there won’t be a fourth in the ‘series’, although her next book will have as protagonist a very minor character from the trilogy. She also uses different points of you and her story fluctuates withing a span of a thousand years and hugely different places.

The Truth in Masquerade and A song of Thyme and Willow (Carole’s) and This is the End of the Story, A Remedy for All Things and For Hope is Always Born (Jan’s) are available from Cinnamon Press (cinnamonpress.com) 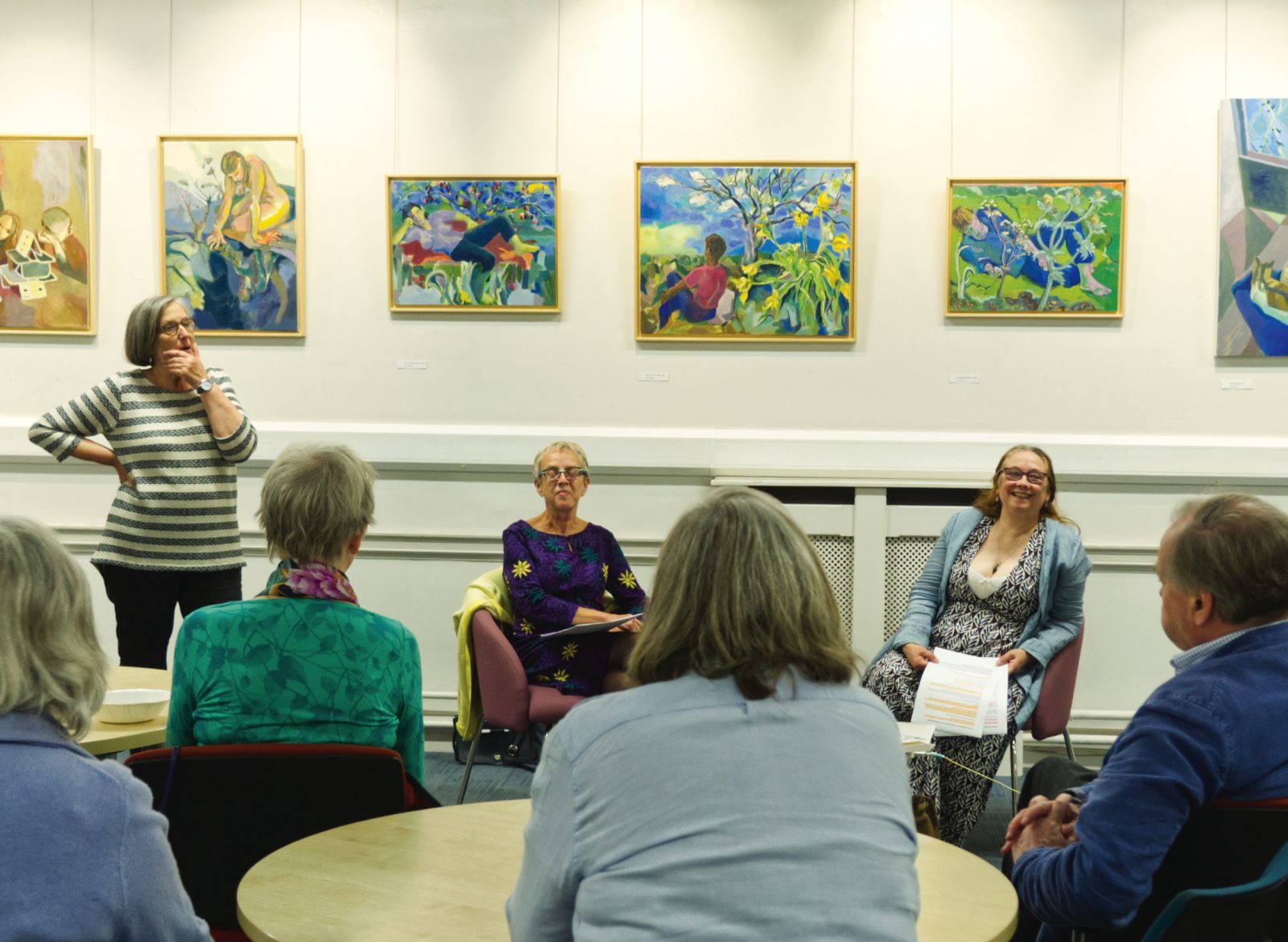 Launch of Afterlives by John Barnie, in collaboration with Cinnamon Press

Afterlives sees John Barnie engaging with images once again, as he did in his book A Year of Flowers. Here, Barnie deploys his skills of perception to respond to a group of paintings in Peter Lord’s art collection. These are images that have been familiar to Barnie for years, yet he approaches them with characteristic freshness and humanity. There are no mere descriptions here. Rather, Barnie inhabits the images, speaking from within or engaging with their subjects as a persona just outside the frame. And as he does so, we are taken on a narrative journey, gaining insight into not only how poetry and art interrogate one another, but how each image, peered at ‘through thick cracking varnish’, reveals layers of history and the mores that accrete into hierarchies, prejudices, injustices and the inability to read one another across cultural gaps. The poems in Afterlives reverberate with the ghosts from the pictures, whose roles are still being played out in the divisive echo-chambers of today’s insiders and outsiders. Rich with social commentary, delivered with wit, and sometimes a hint of mischief, there is a serious intent at work here: the voice of those who know ‘whose tragedy they are in’ — ‘their own’. And who know also that they: ‘will defy anything / that gets in their way’.

John will read from Afterlives (accompanied by illustrations) and A Report from Alpha Centauri.

John Barnie is a poet and essayist from Abergavenny, Gwent. John lived in Denmark from 1969-1982 and was the editor of Planet, The Welsh Internationalist from 1990-2006. He has published several collections of poems, mixed poems and fiction, and two collections of essays, one of which, The King of Ashes, won a Welsh Arts Council Prize for Literature in 1990. His collection Trouble in Heaven (Gomer, 2007) was on the Wales Book of the Year 2008 Long List. Cinnamon Press has published several previous collections: The Forest Under the Sea, The Roaring Boys, Wind Playing with a Man’s Hat, Departure Lounge, and Sunglasses as well as his latest collections, the richly illustrated Afterlives and A Report to Alpha Centauri. Cinnamon also published the memoir, Footfalls in the Silence and an anthology of poetry and prose in honour of John Barnie, Wired to the Dynamo, edited by Matt Jarvis.

Memorial Event: ‘A Celebration of the Life and Work of Richard Stoker (1938-2021), British composer’

Many of you will have attended past in-words events held in cooperation with Gill Stoker. I am deeply touched that she has asked me to host a memorial event to remember and celebrate her husband Richard on what would have been his next birthday.

This event is by invitation only.
If you knew Richard, or know his music, and would like to attend, please email gillstoker@btinternet.com for further details.

An evening with Isabel Bermudez, Maggie Butt, David Cooke and Dino Mahoney. More details nearer the time, but I already know it’s going to be unmissable!