The Treehouse hosted another stimulating and fascinating event and we were treated as always to Graham’s erudition and wit, and Sue’s beautiful reading voice. 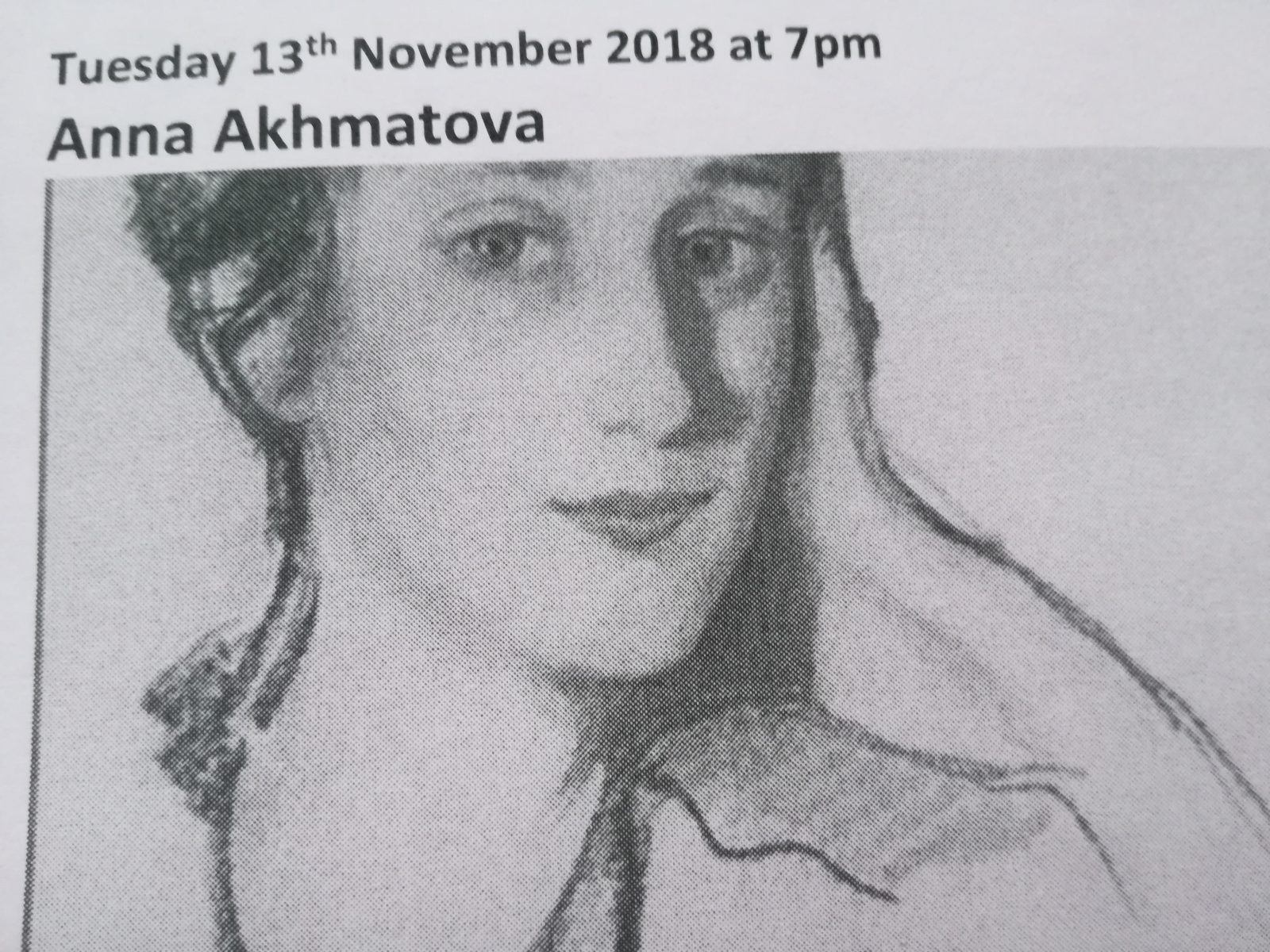 Anna Akhmatova lived through two world wars, two revolutions and Stalin’s purges, and never stopped writing, suffering, loving. Her output is extraordinary. Despite being intensely personal, her published work was deemed anti-revolutionary and she, her family, many of her friends and fellow writers were persecuted (and some killed) because of it. And in the 1940s her poems came under attack because ‘decadent’ and ‘vulgar’ and therefore against Soviet culture and literature. Akhmatova wrote much more than what was published at the time. She fought to have her son released from prison and out of fear of further danger to him – as well as herself – everything she created was committed to memory (her own and others’) until danger finally passed. She died in 1966, recognised the world over as ‘the one who kept the Russian word alive.’

‘Family, Animals and Other Things’ (with apologies to Gerald Durrell)

I shall post more details in the next few days.

Please email irena@in-words.co.uk if you wish to book. The event is FREE by invitation.

Memorial Event: ‘A Celebration of the Life and Work of Richard Stoker (1938-2021), British composer’

Many of you will have attended past in-words events held in cooperation with Gill Stoker. I am deeply touched that she has asked me to host a memorial event to remember and celebrate her husband Richard on what would have been his next birthday.

This event is by invitation only.
If you knew Richard, or know his music, and would like to attend, please email gillstoker@btinternet.com for further details.